What's on your mind?

What's Time's favorite thing to do?

(edited by Wings and dings and purple things)

I love Wingfeather Saga, and its rich history (which is why I have spent my time creating pages for Epochs 2-5).

But, I noticed some things that NEED to be addressed. Because my love of history in general won't stop bugging me.

As you gathered from the title, YES, their are discrepancies in the Aerwiar timeline. PLURAL discrepancies. What I mean by this is that the dates that are listed in the books themselves are sometimes inaccurate.

First, we have multiple book dates that don't make sense:

-We Played, We Bled, We Swept: "On the Edge of the Dark Sea of Darkness", Ch. 2, Page 13 states that "We Played, We Bled, We Swept" was published in "3/423". But on the Wingfeather Saga website (https://www.wingfeathersaga.com/encyclopedia-2#encyclopedia/z), it states in the encyclopedia that "[Zibzy was] Modified in 4/372 due to Mothers and Aunts Against Death (MAAAD), the game enjoys renewed interest and several promising broom manufacturer endorsements.". This confirms that brooms were introduced as a later addition to the game (also see page reference above), and since the book mentions "Swept", it means that the brooms were added to the game BEFORE the book was published. In a nutshell:

4/372- Zibzy modified to include brooms

-Comprehensive History of Sad, Sad Songs: This book was claimed to have been written in 3/113 ("On the Edge of the Dark Sea of Darkness", Ch. 7, Page 40). But the author, Eezak Fencher, lived from 221-302 (https://www.wingfeathersaga.com/encyclopedia-2), over a hundred years after the book was published!

-A Lineage of Kings (6th Edition): The appendices in book 3 state it was published in 4/12, but Oskar Reteep (the author/revisor of the book) is alive as of 4/452, 440 years LATER. He is not said to have had an extremely long lifespan as this.

Second, we have a document that has an iffy date. The "Permission to use Hoe" form that Podo signs (listed in the Appendices of book 1) has a timestamp of 3/451, which is the wrong Epoch (supposed to be 4/451).

Third, there is a character who has an interestingly incorrect birthdate: Madia Wingfeather, supposedly born 4/435 (Book 4, page 2), was Janner's great grandmother. This is impossible, as Janner was born 4 years later (4/439).

In conclusion. YES, I have read "The Wooing of Sophelia Stupe", in which Ollister Pembrick interestingly states "you[Annerian University Press] have unfortunately broadcast to its[Pembricks Creaturepedia's] readers the false impression that it was published several centuries hence--namely, 342 of the Fourth Epoch, ...". However, this is referring to an in-world publishing error, not Petersons CANON writings.

And that is what has been bugging me over the past year or two.

Thanks for reading, and let me know your thoughts or other errors you found in the comments!

Anniera doesn't officially have a flag, so I designed one. 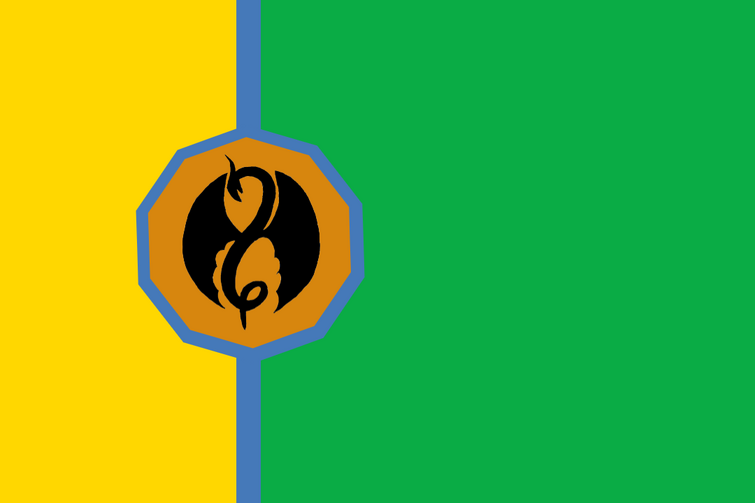 The dragon is, obviously, the Seal of Anniera (technically seals aren't allowed on flags but this one is more of a symbol so it's fine).

The orange stone represents the Holoré and Holoél, and the Fane of Fire as well.

Green and gold are symbolic colors Andrew uses often in the Wingfeather Saga, including when describing Anniera.

The blue border between the colors is to represent the skies returning to blue after being covered with smoke for so long, and also represents Anniera's geographic position.

It's an island, and on one side of the blue sea is Dang and the Green Hollows, and on the other side is Skree and the golden Plains of Palen Jabh-J.

So, what do you think? Any changes you would make? I think I'm going to make a flag for the Hollows next.

I have created a short little video on youtube that I would love you all to see. Using some fan and official art I found, I edited it with the song JUST LIKE YOU by NF. Check it out!! Don't forget to like and if you look at my youtube channel I have another video I have created. Thank you. 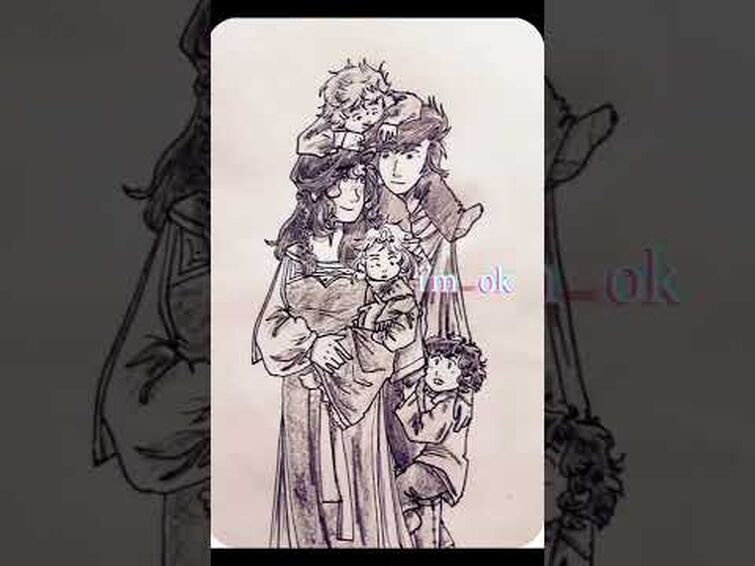 Only 7 more months until december and then the show will be out :)

I know it seems a long time but to be honest this week is the last week of the school year (for me) and I just remember thinking 'school will never end' in the beginning and now it's literally ending! So yeaaah...I guess what I'm trying to say is that time flies pretty quickly.

Maybe 7 months will seem like 7 minutes when December comes. Right?

Anyways i'm just excited. I hope you guys have a happy day :)

If Time were to have a pet, what type of pet would he have?

This is the link to the new server! Please Join!

Rough but I got through it, thanks for asking.

I'm sorry; can I make it better?

Oh, well, you wanna spice it up while we still have time?

Hope you are all having a great day! Comment what day yours was; #1, #2, or #3. I hope you continue to have an amazing day, may God over flow the amount of blessings you get!

how was your day? 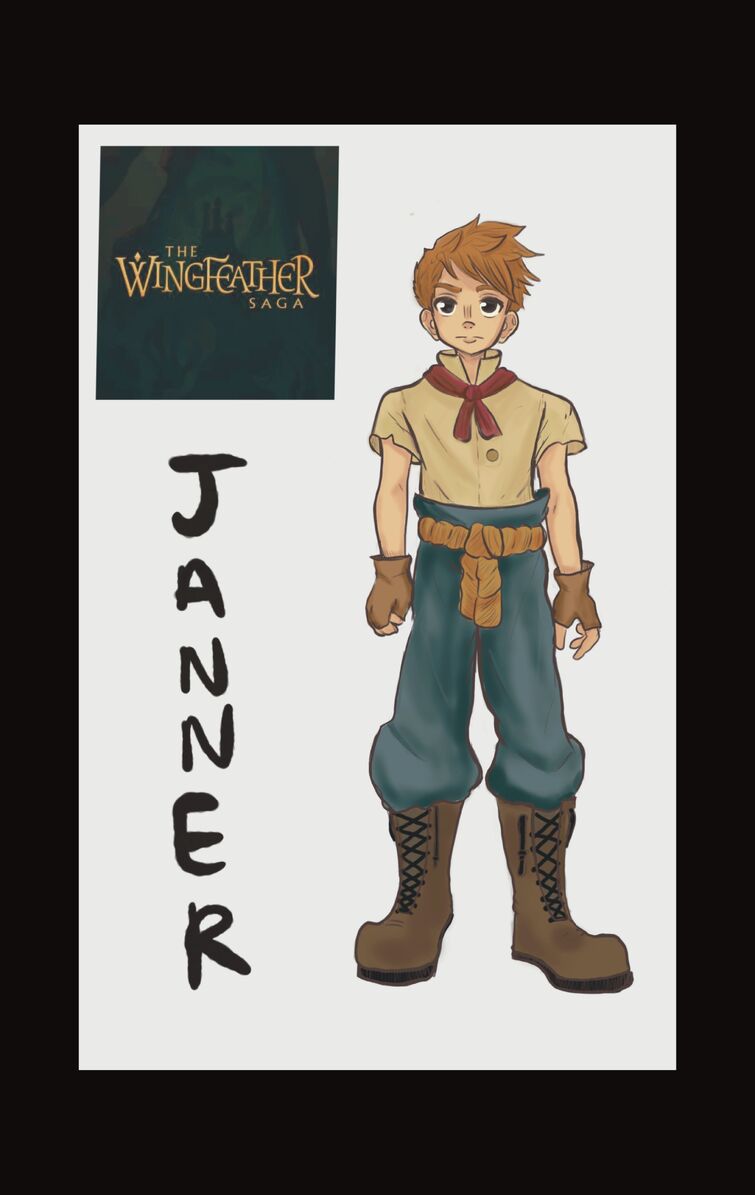 I mean really? Like I guess there's Janner and Sara. And maybe Kalmar and Marley. Leeli and...srry I haven't read the books in a while, what's his name? But two out of three of those are canon. We need ships. Now!

I'm new to the wiki. Make the comments go wild. Thank you for your consideration. 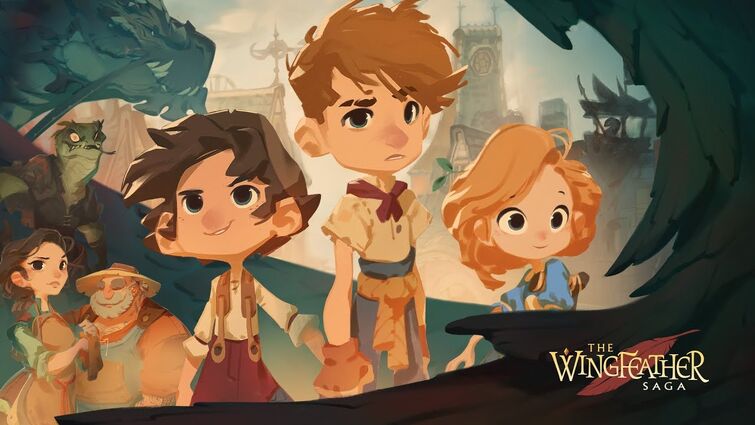 How’s it going? I will not be on for the next two weeks, just to let you know. :D

What I don't get is, why did he end the series in a cliffhanger?

Hey y’all! I started up an Amino for The Wingfeather Saga and I’m trying to find more people to join! If y’all would like to join, just come check it out!

Like an idiot I didn't think of typing above the box. Never mind.

So we know that Andrew Peterson won't write something about what happened after the books, but what about before? I would love if he would write a collection of stories about Esben and Arthum and Nia (even baby Janner and Kalmar!) so we could see what life was like before Gnag took over. What do you guys think?